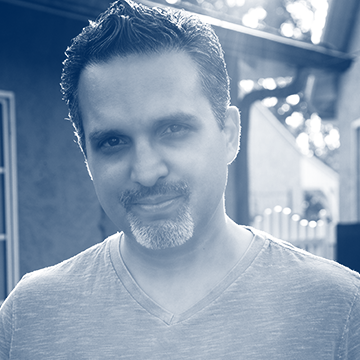 David Das is a prolific composer, music producer and songwriter based in Los Angeles. His experience covers the range from feature films, TV shows, cartoons, commercials, trailers, and other media work, over to modern music production, choral and orchestral writing/arranging, and more. He has worked on projects for Lionsgate, 20th Century Fox, CollegeHumor, Funny or Die, DirecTV, Dreamworks, Fremantle, Intel, BBDO, HBO, PBS, TLC, Telemundo, Weight Watchers, Coca Cola, Hal Leonard, and many others. He has composed music for dozens of TV shows, scored films (such as Lionsgate’s feature thriller The Appearing and the drama Trafficked), written additional music for films (US, See You Yesterday), and written and produced songs for numerous pop, rock, R&B, soul, and indie artists. He serves as President of the Academy of Scoring Arts and is on the board of the Society of Composers & Lyricists.

Age about two, bossing my family around telling them what tracks they could and couldn’t play on the record player, and throwing a fit when they put on the wrong track.

I go all the way from Maurice Ravel to Dirty Loops. I love listening to any musician who can create something inspiring that moves me.

Anytime I pick up a new instrument, it’s fun to see what I can make it do. Sometimes it’s the instruments I know least well that make me think differently about how to make music.

Over the years I’ve composed literally many thousands of cues and songs, so I don’t know how to pick favorites. Each cue has a little part of me in it. Two film scores I’ve written have songs that I’m really proud of (“Disappear” co-written with Rachael Yamagata, featured in The Appearing, and “Fly Away” co-written with Ginny Owens, featured in Trafficked).

When I’m on TikTok. No, seriously, TikTok is rewiring my brain on how music relates to picture. I think it’s going to define a lot of where media music, and especially advertising, is headed for years to come. The diversity and the creativity going on there is magnetizing.

Musical/professional: doing my earliest arrangements for my peers in orchestra and band when I was in junior high and getting them performed. This was the spark that lit the flame that’s burned for the rest of my life. Life-changing thanks to my music teachers.

Personal: that despite the challenges and pressures of this industry that occasionally test me to my limit, that I have an awesome family, great kids, and am able to keep forging forward every day with music.

Producing 1800 different versions of a kids CD with the child’s name spliced in dozens of times across each album. I’ve produced multiple albums for Disney, Sesame Street, Barney, Wiggles and others.

I think Bruce Hornsby’s ‘The Way It Is’ might keep me sane the longest. Take 6’s debut album Take 6 might keep me occupied the longest because I’d just spend my days transcribing every singer’s part. Billy Joel’s Greatest Hits Vol. 1 and 2 would just keep my soul happy. Give me a 120-minute cassette so I can squeeze it all on the one cassette.