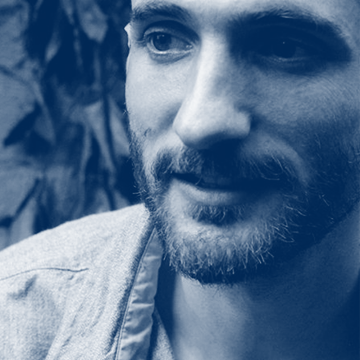 Evan Wilson was fortunate to cross paths with Jordan Passman at an ASCAP composer workshop back in 2009, right before the genesis of Score a Score. After a lunch at a New York City Whole Foods and delicious pastrami at Canter’s in LA, a steady collaboration began, leading to artistically rewarding projects such as the Netflix docuseries, Fearless, Chef’s Table, a prominent trailer for Fox Searchlight’s Can You Ever Forgive Me?, and numerous commercial placements. Evan works across disciplines, producing music for film, television, dance, theater, podcasts and more. His score to the movie La Soga (2009 Toronto International Film Festival), won an award for best music in a feature film at the 2010 Oaxaca International Film Festival. Other highlights include: Forged (2010 NYILFF and 2010 LALIFF), A Kiss of Chaos, a Latino thriller (2009 American Black Film Festival and 2009 NYILFF); Salvage, (2006 Sundance Film Festival); Tryst, released by Maverick Entertainment; and Rise of the Dead, released by Lionsgate.

Music has always been around as my grandfather was a choral conductor and music educator. I still play and record his beautiful 1930s Steinway baby grand! After six years of dutiful piano lessons, I discovered guitar and Hendrix. In a way, Hendrix was the gateway drug to being a serious musician…what an artist! That led to Oberlin Conservatory and many years of technical training across genres.

I love to cook, and the kitchen is often my happy place. I also practice and teach tai chi which definitely helps calm the nervous system.

Guitar has always been my real love, even though my chops are unfortunately a bit rusty these days. I picked up a Cordoba mini guitar during COVID quarantine which is really fun to play. It plays like a guitar but has a uke sound.

The score I wrote for La Soga is one of my favorites because it was written early on when I was less focused on what film music should sound like. The film itself has a very poetic visual style and married well to my music.

Usually looking out the window into the open sky, or when taking a walk.

I love that I’ve carved out a nontraditional career that’s become fruitful. I’m proud that I stuck to this unconventional path despite lots of difficult, trying times in which I questioned my life choices. The freedom to pursue work I love is a priceless reward and I bow humbly in thanks to the universe often. In this, the professional is the personal, and vice versa!

One composer is too tough, but I relisten to Arcangelo Corelli’s Violin Sonatas more than anything else I think (specifically Andrew Manze’s interpretation). They have a beautiful balance between Italian melodic grace and sophisticated harmonies.

“Believe in yourself” – my dad