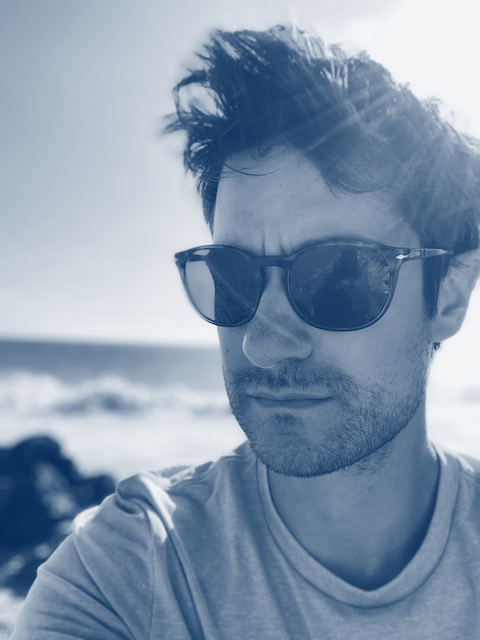 Louis Weeks is an award-winning, critically acclaimed composer. He’s scored films that have taken top honors at some of the nation’s biggest independent film festivals and made music for some of the most recognized brands in the world, including Google, McDonalds, Snapchat, American Express, and many more; and his projects have garnered mentions from NPR, The Washington Post, AdWeek, and The New York Times Critics' Pick.

I was 8 years old when I found my father’s Casio keyboard, and was obsessed with the “Strings 2” preset.

The three B’s - Brian Eno, Bjork, and Bach. Brian Eno inspires me to slow my work down, and simplify. Bjork inspires me to create with courage. Bach has every voice-leading, harmony, bass line, and arrangement inspiration I could ever need.

I was hired to play synths and sound design on a record, but I wasn’t getting enough high-end excitement out of the synths I was making - so the producer and I went into the kitchen, fried an egg, recorded its sizzle and sent it through a vocoder.

Anything that infuses a little chaos into the process. The studio setting can get prescriptive and creatively predictable at times, so I love when a piece of gear inspires a happy accident. Sometimes it’s a prepared piano (erasers, or coins, or cloth up against the strings), sometimes a randomly assigned knob on a synth. Lean into the chaos, embrace the frontier!

My first record - shift/away - will always be special to me.

I’m most inspired when I’m on the move - walking, running, hiking, or even driving. There’s something about being in motion that makes me think clearer, and associate more freely.

Randy Newman - nobody writes a song like Randy, and his scores are treasures.

Hand model for a fast-food commercial.

“All great accomplishments require great vulnerability” I often think of this advice when I need to muster more generosity and courage.