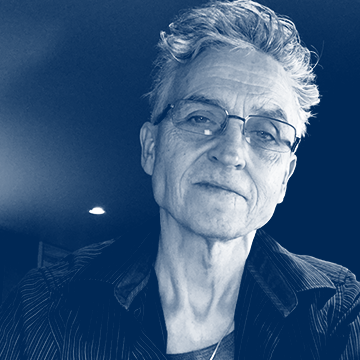 Michael Cristian Reinmüller (aka MCR) has been in the music business since 1977 as a composer, author, solo artist (with Warner Brothers in 1980-81), and studio producer. He’s produced, written songs, and arranged albums for a variety of artists in the French and English markets. Now he’s working on soundtracks for TV, video and commercials. Credits include Microsoft, Hyundai, Sears, Volkswagen, Kraft and Bergdorf Goodman. He also specializes in trailer music and has produced products with top-tier trailer publishers. Recent placements include the film The Wall, Detroit, 7 Days in Entebbe, The Commuter 2, Incredibles 2 teaser, Serenity 2018 and Daredevil Season 3.

Michael was born in Austria and owns MELODIKILN, a freelance company specializing in content creation for corporate, video, and multimedia-web since 1979, and OFFOFFINDIE, an independent music label. He’s been an active member of SOCAN, the Canadian society for composers, authors and music publishers since 1978. He is trilingual, fluent in English, German, and French. He has extensive experience in music and communications, both as a creator/writer, and public speaker appearing on TV interviews and radio talk shows.

He is a versatile musician who is guitar-based but also plays keys, producing music across many genres. He has an extensive sample library for his productions and specializes in hybrid styles of music; for example hip-hop and world, orchestral and sound design, trap and rock etc…

He is also the founder of the aforementioned OffOffIndie independent music label. Its role is to nurture and develop great talent that the industry is too myopic and self-absorbed to notice. Some of that talent can be seen on the OffOffIndie website: http://www.offoffindie.com

Too many to count over the years...

Long evening in front of Netflix

Anything with strings really...

My brain I guess. Maybe not favorite... but certainly the most important.

Well, I don't play favorites among my offspring...but I do like the ones that make the most money!

Working with Jordan since the beginning and still being alive.

I don't really listen to music. If I like the music in something I'm watching, I'll check out the credits but I can't say I follow anyone in particular.

Used to be the Impressionists when I was a kid, but now I like pieces of music more than a specific composer.

Aren't they all odd?

That would take a long paragraph. But less is more I guess. Don't get me started!