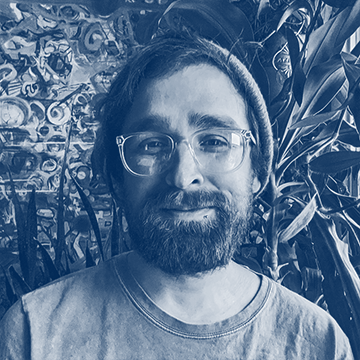 Steve Sopchak lends a unique sound to the Score a Score roster as one half of notable groups like The Young Ebenezers, HUES, and WARRIOR as well as a collection of impressive solo material. Working from his multi-studio recording facility, The Square Studio, Steve’s music has been featured in movie trailers, television shows, and numerous advertising campaigns for some of the biggest brands in the world, not to mention engineering/co-writing 5 Billboard Top 200 records. Noteworthy credits include scoring the Emmy-nominated Netflix docu-series ‘Fearless,’ producing the music for Coca Cola’s award winning ‘1,000 Name Celebration’ campaign, and contributions to major motion picture trailers such as X-Men: Dark Phoenix (2019), Arctic Dogs (2019), Early Man (2018), Colossal (2017), and Justice League (2016). Additional credits include custom and licensed music in advertisements for Apple, Taco Bell, Pizza Hut, and the list goes on!

Where did the journey start for you?

In a broad sense, probably when I got my first drum set in 5th grade, but the path into custom music specifically came from partnering with Ben Santoro in 2015 to compose after running a commercial recording studio on my own for nearly a decade prior.

There have been so many, but when I found myself in my garage with a carload of gear from the studio debating the merits of different mic and preamp combinations that I could use to record my snow blower for the SASFX series, it felt like maybe I had gone off the deep end a little bit.

Spend time with my family, play golf, or get lost inside a Fallout game.

I love them all, but I think the top three things I equally couldn’t live without are my ADAM S2X monitors, my pair of Schoeps CMC5’s, and my Tube Tech Cl1b.

Professional - Building a career that after many iterations is both stable and creatively satisfying.

Personal - My family: my new daughter, Aurora, and my wife, Rachel.

Such a difficult question, but if I HAD to choose it would be Mock Orange’s 2008 album “Captain Love.”

What is the best advice you've been given?

That no one knows everything but everyone knows something, so to always approach collaboration with perpetually open ears and an appropriate level of confidence.