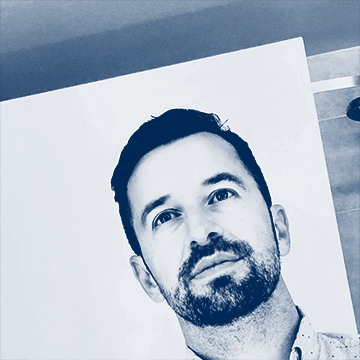 Stuart Moore is a composer, producer and musician, originally from the UK and now residing in Sacramento, California. He has been writing music for TV, film, commercials and various other media for the past 12 years and also performs live regularly when there are no pandemics happening. He has a passion for many types of music but is particularly drawn to Soul, Jazz and Funk in its many forms, from small ensembles to the great movie scores of the 60s and 70s. His music has been used in a number of advertising campaigns, most notably Volkswagen, Sprint, Dove, Jim Beam, Ford and Miller Lite as well as over 500 TV shows and a number of independent films.

I started playing keyboards in my early teens. At the time I wanted to be a House music producer but as I discovered a passion for other styles of music, my tastes and ambitions changed. I still wouldn't mind writing a club classic though if the opportunity arose.

I became a huge fan of Stevie Wonder in my teen years. His rhythms, harmonies and lyrics never fail to inspire. Prince is also a hero of mine. I can't imagine how he ever found the time to write that much music and learn all those instruments.

I'd say the only times I've used strange methods, I've got anything but the perfect sound. Before we had access to the amazing technology we have today and when I didn't really know any other musicians, I used to record myself hitting random objects to make drum sounds. It usually ended up sounding awful though.

I have dinner with my wife and daughter and then watch TV like most people do.

The only instrument I ever stuck with was the keyboards. I tried various others including trumpet, saxophone, guitar and harmonica but found the keyboards to be the least painful to play.

Most of my purchases these days are in software form. When I start gigging again, I'm going to buy a keytar. Life's too short not to.

A MiniMoog model D. I don't use it because it's a pain in the a** to use but at least it looks cool.

I have several I'm proud of. One in particular was a fairly simple piece for piano and strings. A singer from the UK named Nathan Grisdale added vocals to it and really transformed it into something magical. The track is titled ‘Teenage Days.’

Usually when I'm out walking my dog is a good time to think.

I got to play some shows on keyboards with the Delfonics a couple of years ago. Being such a fan of Classic Soul, I was proud to share the stage with such a great vocal group. In my personal life I'd have to say my daughter. She's a teenager and I think she still likes me, so that's quite an achievement.

I enjoyed the score for the Queen's Gambit. Also the score by Fabrice Lecomte for Silvie's Love is very nice with the classic Hollywood meets Jazz sound that I love.

That's a really tough one. I think I'd have to say Bernard Herrmann's score for Taxi Driver.

I'd have to say Lalo Schifrin. It doesn't get much cooler than the theme from Bullitt.

I feel like the older I get almost everything I listen to is a guilty pleasure, lol. I'm a sucker for some Neil Sedaka every now and again. Especially the song ‘Laughter In The Rain.’

I briefly worked for a company that sold cars online. 100% of the calls I received were customers whose cars had broken down soon after they'd purchased them, sometimes within minutes or they never even received the car. Soul destroying and please don't buy a car without seeing it and test driving it first.

Do greatest hits albums count? Either way it has to be one of Stevie Wonders. Probably Songs In The Key Of Life as it's a double album and has such a great variety of songs.

Don't worry about the chords, just play something.