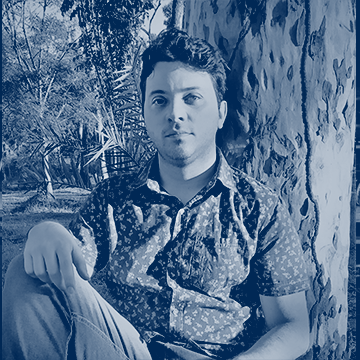 Ygor Ghensev is a composer and cellist who is very passionate about stories and the art of stirring all kinds of emotions through music. He had a traditional musical education that started at the age of 12 on classical guitar. A few years later, his desire to play in an orchestra made him switch from the acoustic guitar to the cello, with which he has built a career as a member of several orchestras. His passion for music and his desire to create and tell stories led him to the art of composition, in which he was self-taught, exploring different soundscapes to create his own voice. His music can be heard in advertising campaigns for companies like Microsoft, LinkedIn, Wired Magazine, Miami Tourism, Banner Health, as well as in Netflix’s series Fastest Car, television shows such as 20/20, Good Morning America, Nightline and in several documentaries.

This list could be huge but to name a few: Thomas Newman, Alexandre Desplat, Phillip Glass, Gustavo Santaolalla, Ryuichi Sakamoto, Ólafur Arnalds. Bands like Sigur Rós and Coldplay. I also have a special love for baroque music mainly from Handel.

I love to explore with soft, delicate sounds so I’m always experimenting. Like playing the guitar with fluffy gloves or the cello pitched down as much as possible to get a soft dark timbre and so on.

Run, learn a new idiom (for now I'm trying to improve my Russian), perfecting my burger recipe, also I'm getting addicted to playing chess (to be clear: I got into it much before this whole "Queen's Gambit" hype!)

I'm very comfortable playing all kinds of stringed instruments so I´m always messing around with those.

The first ones that came to my mind and had a great impact on me were American Beauty by Thomas Newman and Gladiator by Hans Zimmer.

An old violin I took from my wife´s family!

Being unabashedly yourself is the best way to be both successful and happy.